Having an ice-cold beer after work or in the afternoon is a priceless feeling. But how do people ensure the beer tastes better? Some people may prefer bottled or canned. On the other hand, others believe getting it straight from the tap is the way to go.

Consequently, several people have argued that draft beer tastes way better. Yet, it is challenging to say for sure that draft beer tastes better. That is because many aspects influence the quality of the draft beer. For instance, the cleanliness of the beer lines, freshness, and management will go a long way to making the difference.

So why does draft beer taste better? This is a question beer lovers keep on asking. But the answers narrow down to some factors. With everything leveled, beer from the tap is indeed just perfect. Here are some of the reasons.

One of the prominent reasons why draft beer tastes better is freshness. The level of freshness has an incredible impact on flavor. This is the top reason why beer from a keg is fresher and tastier compared to bottled beer. It is just so essential that with the right conditions and temperature, draft beer will be fresh.

One factor that influences freshness is pressure. It is what keeps the beer carbonated and fresh. So, it only makes perfect sense that little and too much pressure will impact freshness. Another factor is temperature. Unpasteurized drafter beer can only be fresh for 45-60 days. In contrast, pasteurized beer will stay fresh between 90-120 days.

In most cases, brewery companies will indicate the freshness date on the lid of each keg. It is also an excellent idea to note that a tapped bear will last 1-3 days when subjected to no particular condition. The number of days it will take to be fresh will depend mainly on management. At the very least, the management should control other factors like temperature and pressure to reduce errors or problems.

When it comes to the world of beer, the temperature has a more significant role to play. Apart from simply affecting the freshness of the beer, it will do a lot more. In a perfect case, it is advisable to check on the serving temperature of the beer. Not only that, but it is also excellent to consider the storage temperature. The perfect and that tasty beer will only become a reality when the temperature is constant.

To answer the question of why does draft beer taste better, it has a lot to do with a consistent temperature. It is nearly impossible to say how many times a bottled beer has been in and out of the fridge. Due to these inconsistencies, it is no doubt the beer will age way quicker and lose taste.

Draft beer managers know this secret, and more often than not, they will ensure a controlled temperature. They do so by keeping the beer kegs at optimal temperature. But it shouldn’t just end there. The most significant difference also depends on checking the storage. A regular temperature prevents beer from spoiling and will ensure a better and fresh taste.

Another critical factor influencing the taste of draft beer is light exposure. No wonder most beer bottles are brown but not clear. This is never a coincidence; it has a lot to do with the light exposure of the beer. Too much light spoils beer and will reduce the taste significantly.

Draft beer is never exposed to any light. The only time they see the light is when being poured from the taps. Companies dealing in bottled beers usually use tinted glass to reduce this damaging exposure. But it is never successful since it will be exposed to light in one way or the other. This is true, mainly when they are being transported, and the result is that the beer will lose taste. This is so unlike what happens with draft beer, and that is why they taste better.

Beyond the factors above, the taste of draft beer has a lot to do with the dispensing system. The unit should be properly maintained and well taken care of regularly. Without that, the draft beer will not taste any better. 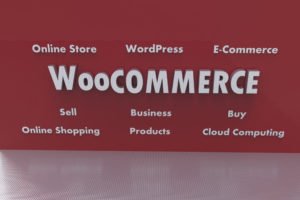 Next post Effective ways to speed up woo-commerce store and sales:
Close
Menu

How to Make Iced Coffee – the Perfect Summer Drink!

FSSAI rules for eateries and restaurants

What Makes The Pubg Cake Topper Is Gains Popularity?

Choosing the Best Food for Your Cat

4 Good Changes That Protein Powder Can Help You With