Refund on Non-refundable Airfare: The ins and Outs

In common notion, a non-refundable airfare means if you cancel your ticket for any reason or you don’t fly, you won’t be getting back any refund from the airline. Though partially this statement is true, there are hidden facts about non-refundable airline tickets that most travelers are unaware of. The airfare rules vary largely from country to country and airline to airline. However, in general, most airlines give their passengers the liberty to apply the face value of the ticket towards the purchase of a new ticket. In such a case, the airline may charge a cancellation penalty.

In the United States, the U.S. Department of Transportation Regulations states that if a passenger books a non-refundable airfare minimum seven days ahead of flight departure date, the passenger won’t be charged any cancellation or change fee if they make the change or cancel the ticket within 24 hours of booking. Nevertheless, the airline may apply a fare difference (if any) to the newly booked ticket. This rule applies to all the US-based airlines and also to other airlines selling their airfares in the US.

American Airlines Reservations & airfares are however governed by a different set of rules. To make its fare rules more passenger-centric, it allows passengers to hold their seat and the fare for 24 hours without paying a penny for the same. On the other hand, if the passenger books a ticket rather than holding it, American Airlines apply a cancel or change penalty if the passenger makes any change in the journey itinerary.

As told earlier, different airlines have a different set of rules for flight ticket refunds. For example, Southwest Airlines only allows penalty-free change or cancellation within a 24-hour window, but it also allows passengers to change or cancel a flight any time before departure and use the full amount of the fare for their future travel within a year of the original reservation.

Other than the specific set of rules as levied by the airlines, there is one common refund rule that most travelers don’t know. Airlines charge a hefty amount as different taxes, which also causes an increase in airfare. While many of the taxes are non-refundable, there are some taxes that are fully refundable if not used. So, even if your ticket is non-refundable, you can still get back some money from that if you calculate the taxes carefully.

Also, there is a rule for “involuntary refunds”, which states that if the airline denies boarding for any reason, or if there is a delay of more than a specific time period or if the flight is canceled, the passenger gets the privilege to claim a full refund of their airfare, even on a non-refundable ticket.

It goes without saying that most travelers don’t claim their refund because of a lack of information or because they are reluctant to read all the fine prints on the ticket. While it’s a matter of few dollars for the passengers, for airlines it’s a big money-making game.

However, to safeguard the air passengers’ rights, both United States Law and European Union Law has set some rules. So, next time if you miss a flight or cancel your booking, don’t forget to check the fare rules; this will, for sure, help you get your hard-earned money back into your pocket.

Are you too tired of calling endlessly to the respective airline for your flight ticket refund or worried about the lame excuses given by them to your queries? Worry not! Down here we have explained certain tricks played by the airlines to make big money with your unused flight tickets. All the “thank you” customer care calls and smiley greetings that the ticket booking agents give you before booking your flight tickets with a certain airline are actually the traps to catch you as a customer. In reality, it is a mute warning bell saying that you are now trapped in their fake commitments and promises regarding refunds and cancellation policies. 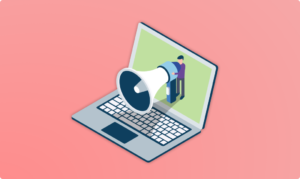 The Best Outdoor Hobbies To Get You Connected To Nature

The Secrets to an Exciting Travel Experience

Countries That Are Offering the Digital Nomad Visa

Find Your Preferred Solutions With Traveling in Puerto Escondido