Becoming a princess might’ve been a dream of some of ours when we were children, but there are strict dress codes and fashion sacrifices that you must abide by. Our parents might’ve told us off for wearing too much makeup when we hit adolescence, but the rules for members of the British royal family have certain expectations to uphold — appearance being one of them.

The Royal family are famously more conservative when it comes to fashion compared to the monarchs of other European countries. Where you might see Queen Letizia of Spain in a tiered flapper-style strappy thigh-length revealing dress, an item of clothing would never be spotted on Kate Middleton or Meghan Markle at a formal or casual event. The Queen sets the tone due to her being the highest-ranking member of the family, as she has the power to set trends for the whole family to follow. Queen Victoria brought in tighter silhouettes and cinched waists so that her figure wasn’t lost in huge dresses, and Queen Elizabeth I made opulent fabrics and high neck ruffs popular. Queen Elizabeth II has a fashion sense that is a lot more modern than her predecessors, which is surprising considering she was born in 1926 and came into her crown in the 1950s.

Let take a look at what fashion the Queen is fond of and some of the royal fashion trends she has inspired and why.

Royal family members are encouraged to wear a particular shade of nail varnish that the Queen has worn since 1989 — Essie Ballet Slippers, a subtle nude pink colour that is sophisticated and elegant.

The Duchess of Cambridge Kate Middleton is often seen sporting bare, neutral, or clear nails, however, has broken this rule many times, as has the Duchess of Sussex Meghan Markle. Princess Diana only obeyed this rule when she married into the royal family. When her marriage to Prince Charles ended, she was pictured with statement red nails.

Purses and their secret language

Purses are a part of the royal dress code. However, they aren’t just a statement piece to a fantastic outfit. The Queen’s infamous Launer handbags are used to send signals to her staff about tricky social interactions — if only we all had people to watch out for us when we need saving from that awkward encounter!

These subtle signals can help the Queen to get out of any conversation. According to the Telegraph, when the Queen shifts her handbag from her left arm to her right, this means she wants to wrap the conversation up, if she places it on the floor she wants to be rescued immediately, or if it’s on the table at dinner she wants the event to end in five minutes.

Purses and clutch bags can also be held by both hands to keep them occupied if royal family members don’t want to shake hands.

In case you hadn’t noticed that the Queen is fond of power dressing in a clean and bright rainbow of coloured suits, you’ll certainly pick up on it now! The Queen is always spotted out in vibrant eye-catching shades that not only make her look fabulous but make it easy for eager members of the public to spot her after waiting outside behind barriers for hours — Queen Elizabeth was reported saying “no one would know who I am” if she wore beige.

As royal duties come with long days out greeting people, the Queen has adopted the saying “there’s no such thing as bad weather, only unsuitable clothing”. As well as an impressive rainbow collection of outfits, the monarch has a just as impressive armoury of over a hundred colour coordinated umbrellas. Created by Fulton Umbrellas, who have earned a Royal Warrant from 2008, Queen Elizabeth got her stylish birdcage umbrellas after the request of the Queen Mother. The birdcage style is a clear dome with a sophisticated stripe of colour around the bottom. This allows the Queen to see out of it and people to see in while matching her colour co-ordinated fashion statement.

So, we best get looking for luxury umbrellas if we ever hope to meet the Queen’s commitment to fashion.

We expect to see the royal dress code to shift when Prince William comes into the throne, with Kate Middleton being a style icon many of us look up to. Maybe red nails and exposed shoulders will be in?

Zahid Butt
August 3, 2022
Life is quite unpredictable, and divorce is one such event. No one can predict why a relationship fails. The end... 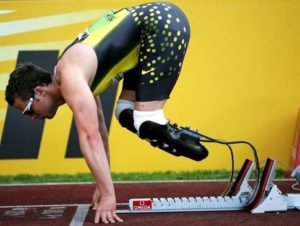 Arslan Arshad
June 16, 2022June 16, 2022
‍Cat Osterman is a retired American softball pitcher who won 167 games during her playing career. She is the first...

Arslan Arshad
June 11, 2022
Natalija Scekic claims that Novak Djokovic dumped her for a more attractive, younger woman. Now she is getting revenge in...