It’s no secret that air quality, particularly in cities and built-up areas, is a growing issue. For example, the Guardian reported earlier this year that London had hit the legal limit of air pollution for the whole of the year in less than a month. According to the same report, around 40,000 deaths are caused every year by the staggering levels of air pollution in urban areas in the UK.

If you live in a larger city or built-up area, air pollution is likely a concern. But what can you do to protect yourself and help out your area?

Get out your trowel and come with us, as we join Compost Direct, suppliers of lawn top dressing, and venture into the garden to find out the best air-cleaning plants you can grow right now.

Green doesn’t need to be the only colour on the quest to greener air! A recent study by NASA has provided a few colourful blooms for gardeners keen to clean the air.

Gerbera daisies are bonny, beautiful blooms that come in many different colours; white, orange, red, pink — whichever you pick, they’ll give your garden a splash of colour. These flowers love direct sunlight and a bit of space, so make sure not to leave them in a shady corner of your garden.

NASA states that these wonderful flowers are great for dealing with multiple air toxins, such as benzene.

A classic climbing plant, you might already have the hedera helix climbing up the walls of your house. Though it has a bad reputation in the States as being a weed, it can be a lovely addition to your garden if tended to.

The plant offers benefits for wildlife and for the air – Goldsmiths, University of London, states that the wide leaves of the common ivy traps particulates, which makes it a great choice for purifying the air.

If you’re looking for a little more colour for your garden, why not introduce the wallflower, also known as the Erysimum? Goldsmiths also names this plant as being akin to the common ivy for its particulate-cleansing power. These flowers have a bright display of petals during the first half of the year. You can grow wallflowers in many colours, with purple and yellow popular choices.

Hedges are great for combatting air pollution, and Homes & Property recommends conifers for the job. Specifically, the western red cedar hedge is named as an ideal conifer to plant in your garden. But if your garden is a little smaller, the publication also names the yew as a great alternative, citing its evergreen nature and easy trimming.

Of course, green gardening doesn’t end at what plants you have. You have to consider how you are tending to your garden as well. 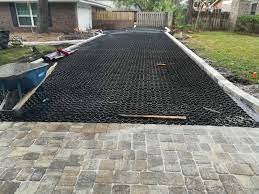 Zahid Butt
July 31, 2022
When it comes to paving your driveway, there are a lot of things you need to take into account. From... 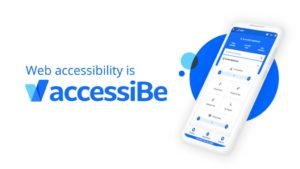 Annajay
June 2, 2022
It's no secret that web design and development are constantly evolving. Unfortunately, when you think you have a grasp on... 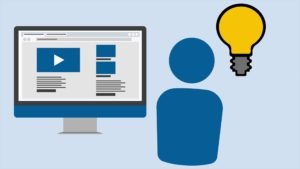 Annajay
June 2, 2022
There is a lot of talk these days about website accessibility, and for a good reason. Websites are increasingly becoming...

Arslan Arshad
June 2, 2022
Carole Baskin leopard outfit is a well-known designer and business woman, who has taken the fashion industry by storm with her...

Arslan Arshad
June 2, 2022June 2, 2022
Christa Delcamp's Divorce: When Christine Delcamp’s husband asked for a divorce, she assumed there was no way out. She...